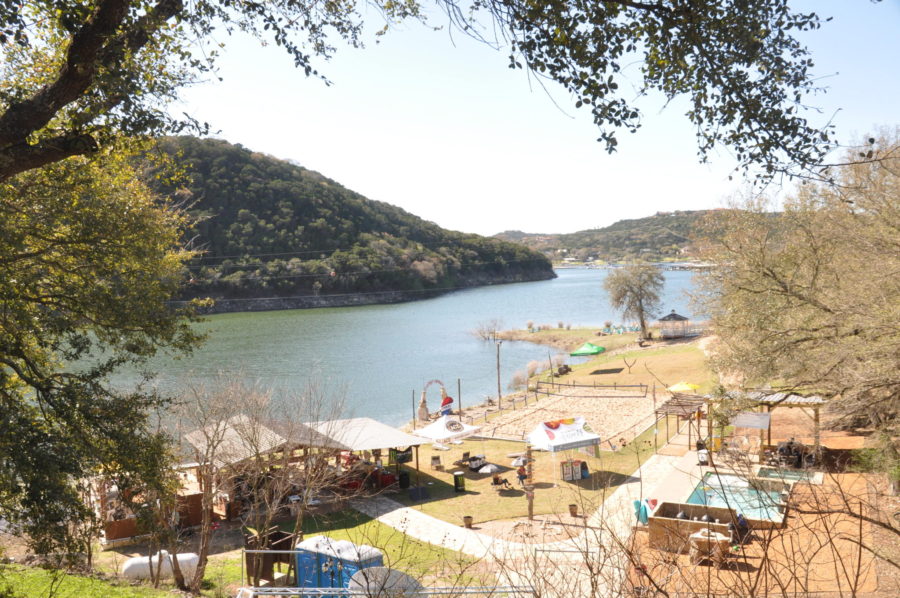 I thought readers might enjoy seeing some photos from one of the promotional things that went on during SXSW in Austin, Texas.

This particular promotion was sent to me as Press and involved the sponsors (a local whiskey and Turtle Wax) being willing to send an Uber to pick me up in Austin and ferry me out to Camp Sandy, which, I can personally attest, is way-the-hell-and-gone out in the middle of Hill Country, but has a spectacular view. 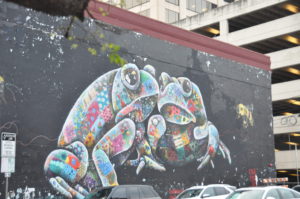 A couple of the other shots were simply things that caught my eye as I was walking (for miles) around downtown Austin (it is, by actual mileage count, nearly 2 miles from the Conference Center to the Paramount theater).

But back to Camp Sandy. I RSVP-ed that I would come to hear “the band in the van.” The concept here is that the band is INSIDE a van and the listeners watch the band on screens mounted on the outside of the van. (Weird). Low Cut Connie was supposed to play, complete with a piano (“the first time a full-sized piano has been inside the van!” said the e-mail). 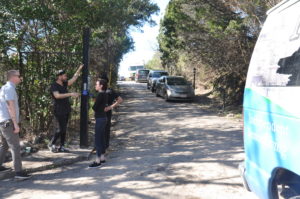 Note the small tan Prius on the right of this picture (mine) at Camp Sandy.

If you had a car, they would Turtle Wax your car for free, although this turned out to be incorrect.

I RSVP-ed and asked for specific parking and navigational directions and got nothing, but I had the address, so I set off in my trusty Prius (one of 5 in the family since 2002) and found this out-of-the-way place, high up in hill country with a spectacular view. I parked alongside the driveway in, which turned out to not be that smart a move, as someone driving a humongous tank-like vehicle pulled in and left their vehicle smack dab in the middle of the ONLY way in or out. (It took about 15 minutes to find out who had left the painted van blocking the only exit or entrance.) I only had one hour before I had to be standing on a Red Carpet somewhere, but Camp Sandy sounded interesting, if weird. And, of course, there was the matter of that promised free Turtle Wax.

Except that, when I showed up, it sounded like several cars were ahead of me in a “scheduled” fashion and, therefore, there would be no Turtle Wax for the Silver Fish (as I call my Texas Prius). That was okay, but when I learned that Low Cut Connie had also bailed, I did a quick tour of the premises and left.  That turned out to be quite difficult with the blocking van and, after the van moved, I could get no signal on my GPS and would have been totally lost. The organizer who greeted me said, “If you drive to the top of the hill, you’ll probably be able to get a signal.” (Yikes! Let’s hope so!)

Still, here are some “local color” shots of the venue and of downtown Austin, Texas, during SXSW. 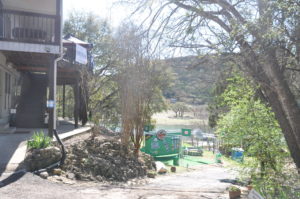 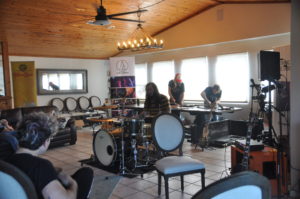 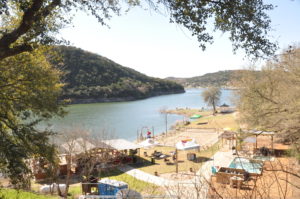 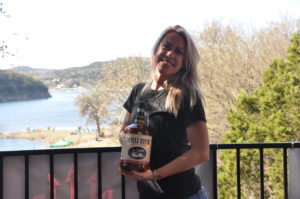 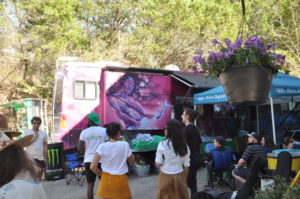 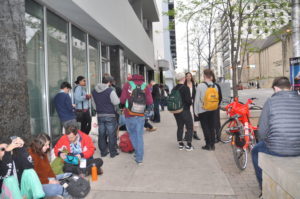 Typical crowd around the block waiting for admission. 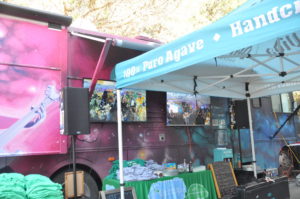 The van at Camp Sandy. 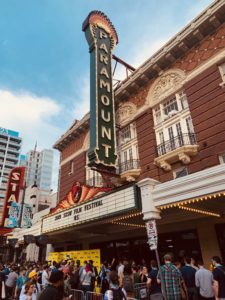 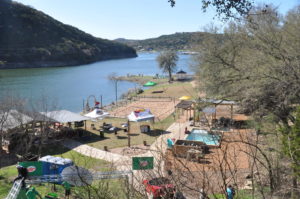 The Meaning of “Us,” Jordan Peele’s New Film