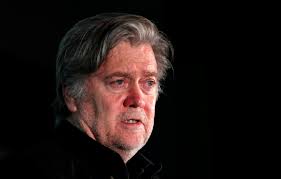 In Chapter 3, newly-appointed campaign manager Steve Bannon travels to Trump Tower and—lo and behold—meets the ONE person in “the war room,” Andy Surabian. In his typical fashion, he asks, “Where the fuck is everybody?” and learns that this is a typical day in “the war room.” Bannon finds out that Ivanka and husband Jared are off gallivanting around on David Geffen’s $300 million yacht (one of the largest yachts in the world) off the coast of Croatia, on vacation with Wendy Deng (former wife of Rupert Murdoch).

Surprisingly, at this point, Manafort asks Bannon to come up to his residence in the Tower. Rather than being adversarial, Manafort says, “I really want to thank you for trying to step in.” He defends the drubbing he has just taken at Trump’s hands and tongue by saying, “That’s just Donald.  This is the way he acts all the time.” 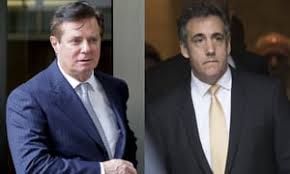 Manafort then hands Bannon a copy of a draft story that the New York Times is going to run entitled “Secret Ledger in Ukraine Lists Cash for Donald Trump’s Campaign Chief,” because, (says Woodward’s book), Manafort has heard that Bannon is “good with the media.”  It shows $12.7 million in undisclosed cash payments from the Ukraine pro-Russian political party. Bannon is, to put it mildly, shocked and  asks questions (“When is this coming out?” “Does Trump know anything about this?” “How long have you known about this?”)

It comes out that Manafort (who pleaded guilty today, September 14, and is now cooperating with the Mueller investigation, despite Trump’s having praised him for not folding as quickly as his lawyer, Michael Cohn) has known about the investigation for 2 months, although his wife apparently knows little to nothing about it, as she is startled to hear Bannon’s explosion upon reading about 10 paragraphs. (“It was a kill shot. It was over for Manafort.”)

Manafort shares that his lawyer told him not to cooperate, and Bannon remarks, “You should fire your lawyer,” which I found an amusing reaction. (Manafort responds that he’s “thinking about it.”)

Bannon’s reaction is listed as:  “You’ve got to call Trump…go see him face-to-face.  If this comes out in the paper, and he doesn’t know about it, it’s lights out for you.  How do you even take $12.7 million in cash?” Bannon, in typical Trumpian fashion, says he “had expenses.” He blames it on “the guys.” Bannon calls Jared Kushner and tells him he has to get back to Trump Tower immediately. The New York Times article ran online that night and in the paper the next morning; The Donald was not amused.

Trump alerts Priebus that Bannon is in (and Manafort is out). Priebus stresses that they need 90% support from the GOP party apparatus, not the 70% polls are showing. Bannon tells Priebus he wants to see  Katie Walsh, who supposedly has data on every likely Republican voter in the country from the Republican database. The pressing issue was to make sure that the RNC was not going to abandon Trump, since he didn’t have much of an organization of his own. The unprintable version of what Bannon accomplished during this time was: “I reached out and sucked Reince Priebus’ dick on August 15 and told the establishment we can’t win without you.” 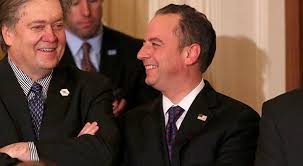 Priebus, an attorney from Wisconsin, had just spent a few years overseeing a massive effort to rebuild the RNC into a data-driven operation. They borrowed from Obama’s winning campaign strategy and poured in more than $175 million into analystics and big data that tracked individual primary voters and divided neighborhoods into “turfs” staffed with a multitude of volunteers.

The RNC was effectively the Trump campaign staff, and Bannon knew they could not afford to lose them.

Step #2: Field staff would move to persuade those who scored 60 to 70, to convince them to vote for Trump.

Bannon told Trump:  “I have metaphysical certitude you will win here if you stick to this script and compare and contrast with HRC. Every underlying number is with us.” Bannon, who was announced as the new leader on August 17, realized that he was “the director and DJT is the actor.” 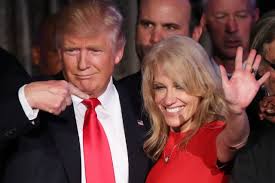 Kellyanne enters the fray and says:  “Their message (the Dems) is Donald Trump is bad, and we’re not Donald Trump.  The rest of the message was race, gender, LGBT.” She is conveying this from attending four days of the Democratic convention in Philadelphia in July. This will underscore what analysts have said was one of the Big Flaws in the Democratic campaign. It had no message. Bernie had a message, but Bernie was derailed.

Much of the media, says Woodward, did not buy the hidden Trump voter line, but the database that Katie Walsh and Reince Priebus had access to, would tell what beer they drank, the make and color of their car, the age and school of their children, their mortgage status, the brand of cigarettes they smoked. Were they NRA supporters? Conway, said, by contrast:  “There’s not a single hidden Hillary voter in the entire country.  They’re all out and about.” Kellyanne said, “HRC doesn’t seem to have a message….All I can see  from her so far is not optimism.” Add to that the fact that Clinton had not cracked 50% in 8 key states that Obama won two times with over 50% and Conway and Bannon agreed that if they could make the race about Hillary, not Trump, they would win the hidden voters who hated her. (Certainly running Russian troll ads about how she was running a sex ring out of a pizza parlor in New York was one tactic that Trump had help with to smear Hillary’s years of experience in the field, versus his lack of any experience and his questionable personality traits under pressure.)

Bannon again felt that Trump was  literally Archie Bunker, and he added a comparison to second century (B.C.) Roman populist Tiberius Gracchus, who advocated transfer of land from the wealthy patrician landowners to the poor. (Robin Hood style). Bannon took one look at the various “theme weeks” that had been scheduled (“Education Week; Women’s Empowerment Week; Small Business Week”) and said, “Throw this shit out.”

A 3-stage plan was formulated:

#2) Three weeks of debates. (“He’s so unprepared for the debates. She’ll kill him because she’s the best at debating and policy. We’re going to call nothing but audibles in these debates. That’s the only thing we’ve got, where he can walk around and connect.” His private opinion was that the Trump campaign was going to get crushed during the debates (and, quite frankly, that is exactly what it looked like to me. But I digress).

#3)  Final 3 weeks to election day (from Final debate to Nov. 8th) Trump was going to have to pony up some money for his own run.

Bannon suggested that winnable states were: Ohio, Iowa, Florida and North Carolina, Pennsylvania, Michigan, Wisconsin and Minnesota. It is noted “It all seemed like a giant fantasy” and Bannon privately says, “This is Gotterdammerung.”

Manafort leaves on August 19 and “Time” runs a cover of Trump on August 22nd entitled “Meltdown.”