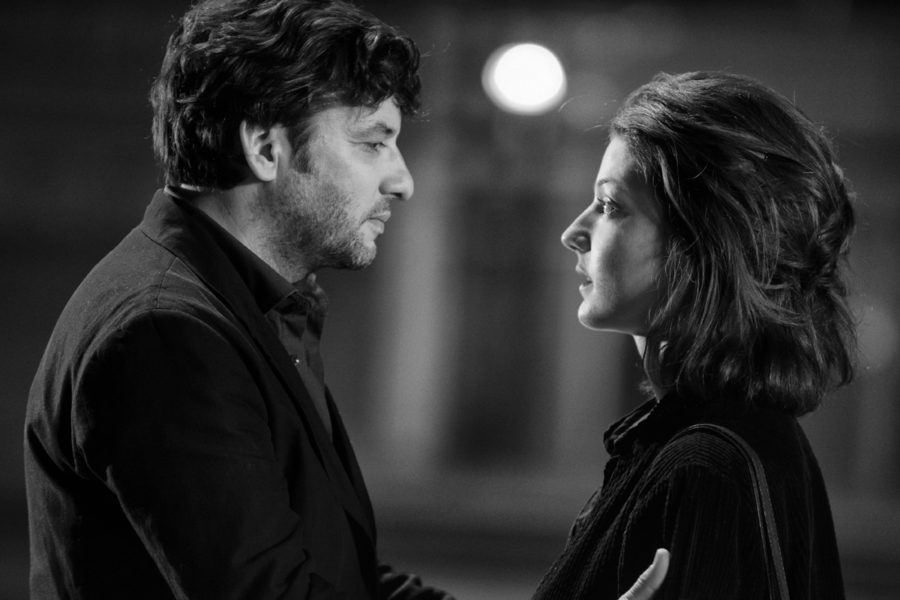 The lead-up to the Chicago International Film Festival’s 53rd year is underway. Critics are getting the chance to screen films from over 95 countries, including 1,044 feature films, 3,500 shorts and 646 documentaries. Twenty-five of the films will enjoy their North American Premiere here and 29 others will have their U.S. Premiere in Chicago when the festival begins on October 12th.

Many films are embargoed, meaning that a complete review cannot be written until the film is actually released. Let me give you a peek at onr of these new films.

The black-and-white French film “L’Amant d’un Jour” (“A Lover for a Day”) directed by French director Philippe Garrel (“Regular Lovers”) was quite charming and a Cannes favorite. This one had much food for thought. Here are a few lines of dialogue and a brief synopsis:

“A Lover for a Day” is the provocative tale of modern love and family ties. When Jeanne’s (Esther Garrel) boyfriend Mateo breaks up with her, she is forced to move back home with her father, charismatic college professor Gilles (Eric Caravace) and discovers that he is now living with a girl her age, Ariane (Louise Chevillotte), his philosophy student.

Let me first disagree that Gilles is “charismatic” He’s dumpy looking and he is not young, but, in a classic case of transference, Ariane (Louise Chevillotte) has decided Gilles is the one for her. She pursues him until he catches her. Maybe she has a thing for older men (father fixation) or maybe it is the fact that Gilles was her Professor of Philosophy. Who knows? His appeal is not immediately apparent, but “the heart wants what it wants.”

When Jeanne comes calling at her father’s flat, Ariane is in residence; the two young women become friends.

Jeanne is extremely distraught over her break-up with fiancé Mateo, but Ariane, who is roughly Jeanne’s age, reassures her that, “You’ll get over it. We always do.”

Jeanne: “He kept telling me he loved me. I held off, at first. He came chasing after me. Now, there’s nothing there. I was totally played by love…and it all ends like this.”

The relationship between Gilles and his young lover continues, but there is a discussion of them having an “open” relationship where Arianne can take younger lovers, as long as Gilles doesn’t know. (“Not only do I not want to know, I’d rather have no idea.”)

Ariane counsels the heartbroken Jeanne with lines like, ”Sure, he (Mateo) was selfish. It happens to us all. I know it hurts, but it’ll pass.” She tells her new friend Jeanne that her father has been married and divorced three times and that she “thinks he enjoys divorcing.” This should give Gilles pause, if nothing else about Ariane does.

There’s a discussion of the Algerian War, in which one million Frenchmen were drafted to fight against Algeria. During the dinner-table discussions, the beautiful Arianne is ogled by another cute young Frenchman and Gilles seems upset. Ariane says, “It’s what you want. For me to flirt with others but sleep with you.” She also says, “You know me so well. I can’t hide a thing. It’s crazy to even try.”

Gilles responds, “I know you because I love you, perhaps.”

However, problems arise, which, indirectly, are Jeanne’s fault. The denouement was interesting, to me, as I wondered, “How is this going to end?”

More thoughts that the movie gives us about love, in general: “When you’re so young and fragile, it can mark you for life.” (A reference to Jeanne’s heartsick behavior).

Jeanne responds, “But it’s sad to never fall in love, isn’t it?”

Of being in love: “I love it and, at the same time, it pisses me off. It’s great, but, then again, it’s super crazy. You just feel great, like you’re wrapped in a great coat/”

Gilles’ goal is this: “I want to age in a loving relationship.” He also admits this about himself: “I hurt women who did nothing to deserve it.” (*Note: the script was written by Philippe Garrel, Jean-Claude Carriere, Caroline Derues-Garrel, and Arlette Langmann).

Will Gilles and Arianne go the distance? Is Jeanne’s engagement to her fiancé, Mateo, really over? You’ll have to see the movie to find out when the it is released in the United States. (It played Cannes and also was featured October 10th at the New York Film Festival before it shows on October 13th in Chicago.)