Is Reading a Dying Pursuit? 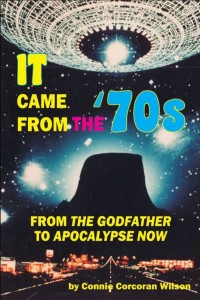 Reverse the Trend: Buy and Read It Came from the ’70s: From The Godfather to Apocalypse Now

Is reading in America a dying pursuit?  The NEA suggests it is, after conducting an in-depth study of the situation (read entire report at www.nea.gov.). “Reading at Risk” surveyed over 17,000 adults ages 18 or older, asking them about their reading habits in regards to novels, short stories, poetry or plays.  The focus was mainly on literary reading trends and  reading not associated with work or school.

To Read or Not to Read: That Is the Question

In a separate study entitled “To Read or Not to Read,” statistics were gathered from more than 40 national studies on reading habits of children, teenagers and adults.  This study dealt with all kinds of reading:  books, magazines, newspapers, and online reading.

According to the NEA, less than 1/3 of 13-year-olds read for pleasure every day, a 14$ decline from 20 years ago.  The percentage of 17-year-old non-readers doubled in that same twenty-year span.  If you’re an American between the ages of 15 and 24, you spend 2 hours a day watching television, but only 7 minutes a day reading. (Nov., 2007)

In an earlier study done in July of 2004, “Reading at Risk:  A Survey of Literary Reading in America” conducted by the census bureau in 2002 at NEA request,  adults were asked if they had read anything for pleasure in the previous 12 months.  One-half of 18 to 24-year-olds read no books for pleasure.  Between 1992 and 2002, the % dropped by 7%.

Timothy Shanahan, a professor at the University of Illinois in Chicago and past president of the International Reading Association, says that many young people say they don’t read because it’s lonely.  When they are online or text messaging, they feel involved with others, but they do not feel this sense of community when reading by themselves.  “What kids like about IM-ing and text messaging is that it’s playful and interactive and connects them to their friends,” said Shanahan in an article entitled “The Grim Reader” in the March/April, 2008 issue of Poets & Writers magazine. (pp. 10-13)

Shanahan continued, “The Harry Potter books were popular not mainly because of this wonderful story and the language, I don’t think, but because it was this huge phenomenon that allowed young people to participate in it. What was exciting was reading what your friends were reading and talking to them about it.  People of all ages are hungry for that kind of community.”

The article continues discussing the need for community and how the Internet seems to fill that void for many disconnected individuals.  It is not difficult to see that reading a book, as opposed to going online, might suffer, if the desire for feedback and community, lacking in today’s anonymous society, is satisfied most by online substitutes for actual human interaction.

One only has to go online to any blog to see the decline and fall of the English language.  A young friend with degrees in computer science tells me, “They didn’t teach us that stuff,” when I ask him about his spelling, grammar, and syntax errors.  By “they” he means, of course, his English teachers, and I have heard this refrain from my students at 6 colleges in my day.   I “taught this stuff” for almost 20 years to 12 and 13-year-olds.  In my classes, we labored long and hard learning proper grammar, spelling, syntax, subject/verb agreement, etc.

I moved into the private sector in 1985 and, apparently, the attempts to teach “that stuff” went with me.

When and why did English teachers stop trying to teach the correct use of our native, which has a direct bearing on reading?  The two subjects are inter-related, like a cat chasing its tail.  I used to tell my customers at the Sylvan Learning Center that for every $10 spent on reading improvement, only about $1 was spent on writing improvement, however, and that, too shows up everywhere today.

This very bright young man cited earlier now finds himself completely qualified to do the technical side of  web-design, but handicapped in doing it by a lack of proficiency in the areas mentioned.

I remember when I began teaching at the junior high school level in 1969.  My students routinely wrote short stories, which were then taken to the high school Creative Writing classes for judging.  By the time I left my public school post in 1985 to found a Sylvan Learning Center, the students coming up could no longer write a coherent sentence, let alone a paragraph, let alone a story.  We had to discontinue the short story contest, and the Creative Writing class at the high school level similarly withered and died on the vine.

Sometimes, veteran teachers of English feel like the little Dutch boy with his finger in the dike.  We know that the dike will give way if we remove our finger, what are we to do?  Language is constantly changing, yes.  It is not set in stone and there are new words and terms and techno-speak being added very day.  I am much more likely to use a “sentence fragment” in stories I write today, because I have changed with the times.

But some appreciation for following the rules handed down by great writers seems wise.  Poet e.e. cummings was the exception that proves the rule, not a groundbreaker who made new ones, and Cormac McCarthy’s disdain for the apostrophe in The Road may lead nowhere good.

It is a proven fact that poor reading skills lead to lower financial and job success (Dana Gioie, Chairman of the National Endowment for the Arts) and academic success can be predicted by the number of books in a house.

Let’s reverse the trend and keep on reading, especially It Came from the ’70s: From The Godfather to Apocalypse Now. (www.ItCamefromtheSeventies.com) [Available from Amazon, Barnes & Noble, or www.merryblacksmith.com].