“Obama’s Odyssey: The 2008 Race for the White House” ON SALE

I seldom use this space to advertise my own books (although it is said that I should), but I’m feeling distinctly nostalgic for “the good old days,” before Russian troll farms, when religion, politics and how much money one made (or didn’t make) was off the table for public discussion. 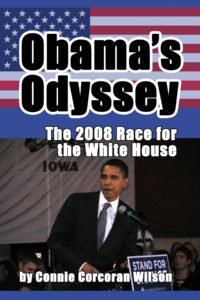 The e-book version of Volume I is (normally) priced at $4.99 and, if you would like it in paperback, the price was $14.95 on Amazon. There are numerous pictures that appear nowhere else (mine) and the blog entries from the run-up to the selection of the candidates to run in the 2008 election (i.e., Obama and McCain).

Volume II goes on to actually chronicle the presidential race, itself, which I covered, inside at the DNC, the RNC and elsewhere, for Yahoo. (Yahoo Content Producer of the Year for Politics that year).

There are A LOT of humorous entries and, if necessary, I’ll figure out a small segment from Book I to put up here tomorrow, along with a “buy” link.

Hope you all go take a look at the book, at least, on the peek inside feature.

“The Favourite:” Not MY Favorite