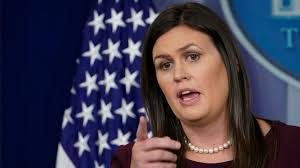 (*The above courtesy of former Senator Al Franken’s Facebook Page).

The Dead Don’t Die: Observations from the Theater