Ivana Trump Dies At 73; Words of Wisdom from Charles Schulz

I’ve been saving these Charles Schulz “Charlie Brown” Words of Wisdom for a slow news day, one where no insurrections have occurred and no hearings air on television concerning Donald J. Trump’s attempts to overthrow the United States government. But you know The Donald; it’s hard to keep his name out of the news.  I’m not writing an entire piece about Wife Number One, but news is news. 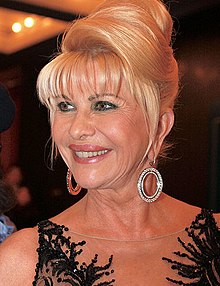 Today, the news is that Ivana Trump, mother of Ivanka, Eric and Donald, Jr., fell downstairs in her New York City townhouse and died. She  missed her hair appointment. (She was planning on jetting off to St. Tropez or another exotic port of call). A wellness check found her at the bottom of the staircase, unresponsive. [I wish I hadn’t just watched “The Staircase” because that is all I could think of when I heard the news]. Ivana was only 73 and had been a word class athlete—skiier, I think— in her prime. She was also instrumental in helping run some of The Donald’s hotels during his New York City run.

To the best of my knowledge, no other famous actors or actresses shuffled off this mortal coil today, so today is as good a time as any to share the winsome wisdom of one of our favorite cartoon characters, as voiced by Charlie Brown.

Happiness is anyone and anything at all that’s loved by you.

In the book of life, the answers aren’t in the back.

Sometimes I lie awake at night and ask, “Where have I gone wrong?” Then a voice says to me, “This is going to take more than one night.”

Love is being able to spot her clear across the playground among four hundred other kids.

A dog doesn’t try to give advice, or judge you; they just love you for who you are. It’s nice to have someone who will just sit and listen to you.

Grownups are the ones who puzzle me at Christmastime… Who, but a grownup, would ruin a beautiful holiday season for himself by suddenly attempting to correspond with four hundred people he doesn’t see all year?

If it goes without saying, why did you say it?

I’m going to give up everything, and devote my life to making my dog happy!

Ah, there’s the bell! One more lunch hour out of the way. Two thousand, one hundred and twenty to go!

Real love is standing behind a tree so you can see her when she leaves her house. Of course it can sometimes be embarrassing. Like when you discover you’ve been standing on the wrong side of the tree.

Nothing takes the taste out of peanut butter like unrequited love.

Whenever I feel really alone, I just sit and stare into the night sky. I’ve always thought that one of those stars was my star, and at moments like this, I know that my star will always be there for me. Like a comfortable voice saying, “Don’t give up, kid.”

There must be millions of people all over the world who never get any love letters. I could be their leader.

I don’t care what Lucy says. I may have had troubles in the past, flying a kite. I may have never won a baseball game. But, it’s not for the lack of trying!

Lots of things have happened to me, and I’m glad I did what I did. You know, I was never sure how I’d be able to stand up under pressure and how I’d make decisions, and I feel good about myself for the first time in my life!

Way back in 1969, half a century ago, when my son was a year old, we watched “A Boy Named Charlie Brown,” directed by Bill Melendez and showcasing the lovable loser Charlie Brown from the “Peanuts” comic strip that Charles Schulz created. It’s 50 years later and, on October 18th, 2019, the film is being re-released on the big screen once again in honor of its 50th anniversary.

The songs in the film were both Oscar and Grammy nominated back in 1971, with music and lyrics by Rod McKuen like, “People, after all, start out as being small, And we’re all a boy named Charlie Brown.”

As the film opens, Charlie Brown, Lucy Van Pelt and Linus are all staring at the clouds and describing what they see. Linus thinks he sees an outline of the British Honduras Islands in the Caribbean and a profile of Thomas Eakens, famous painter and sculptor. When asked what he sees, Charlie admits that he was going to say a duckie and a horsie. Now Charlie is rethinking that response.

My son was one year old when this film came out, but most of it is as fresh and timely today as it was then. Perhaps the only exception to that remark is one of the final scenes that shows boys shooting marbles in a circle. Boys today would have no idea what that scene was all about. I remember playing marbles, and I’m sure Charles Schulz, who wrote the source material probably played marbles with shooters and Aggies, but today, it would be some video game.

Mostly, we are allowed to empathize with Charlie Brown, who goes through a depression when he cannot fly a kite (Snoopy can, immediately after Charlie has exclaimed, “Anyone who can fly this kite is a genius!”) or, seemingly, succeed at anything. “I just can’t seem to do anything right,” Charlie says, noting that his baseball team has just lost its 99th straight game.

But the times, they are a’changin’, and Charlie wins the local spelling bee and goes on to a larger competition, where he almost takes home all the marbles. As a former English teacher at the elementary school level, I applaud the spelling rules the film packs into the script. I guarantee you that 90% of today’s students probably won’t have heard most of them before and could benefit from taking notes!

Here is Lucy Van Pelt, pulling the football away just as Charlie attempts to kick it and causing Charlie to moan, “Why, oh why, do I let her do this to me!”

When Charlie embarks on a Lucy-directed attempt to follow up his school spelling bee championship by winning big at other spelling bees, he leaves town on a bus, taking with him Linus’ blanket, which Linus gave him as a good luck token. Unfortunately, the absence of the blanket leaves Linus in a funk.

Linus and Snoopy go to the big city to try to retrieve the precious blankie. My son had such a blankie and, when he was hospitalized with double pneumonia at the age of 2, his grandmother took his dirty blanket home to wash it, leaving son Scott with a substitute blankie. This substitute blanket did not set well with son Scott (“Accept no substitute!”) who went through his own meltdown while in an oxygen tent, pining for his wonderful blanket and rejoicing when it was finally returned to him. (He used to find “the good part” on the edge, which was a tiny segment of the lace that had worn off the entire perimeter of the blanket, and rub it against his cheek as he drifted off to sleep.)

Finally, Linus gets his blanket back (as did Scott) and all is well. Linus can finally stop saying, “Woe is me!” Linus plays Beethoven. (Lucy, seeing a bust of Beethoven on his piano, asks, “Who is this? George Washington?”) and Snoopy ice skates like a champion.

The movie holds up remarkably well after fifty years (with the exception of that marbles-shooting scene) and the colorful sequences with animated pulsing color will be even better viewed on a giant screen once again. Enjoy it at your local theater beginning August 18th.