“A Quiet Place:” If You See Just One Suspense Thriller, Make It This One 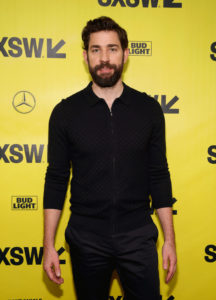 I’m here at SXSW Film Festival (for the 3rd year) and the Opening Night film, “A Quiet Place,” written by two Hitchcock-loving Bettendorf, Iowa, 34-year-old filmmakers, (with some contributions from Director and Star John Krasinski of “The Office” fame), is wowing the critics and the crowds.

I was fortunate enough to grab a few minutes to speak to Scott Beck and Bryan Woods about this big-budget Paramount film the day after it premiered. It is not difficult to see how these two young Iowa graduates, who have been collaborating since junior high school (and throughout college at the University of Iowa) have helped create a suspenseful thriller that is destined to become a classic. It’s the start of something big, career-wise. Their next film “Haunt,” currently in post-production, is one they both wrote and directed. 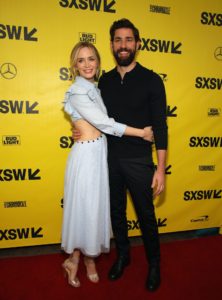 The filmmakers were articulate, congenial, diplomatic and enthused about the audience’s 100% Rotten Tomatoes response to their film about a family of four that must remain totally silent in order to keep some scary underground-dwelling creatures from killing them. They’ve  survived in a dystopian world (no further explanation) where any loud noise will bring these “things” down on the family of Krasinski, his wife Emily Blunt, their deaf teen-aged daughter Millie (played by a lovely young actress, Millicent Simmons, who is deaf in real life), a son of about 10 and a younger boy who looks just about ready for kindergarten in a normal world.

But, when the film opens, they are not in a “normal” world, but are searching for drugs in a ruined drugstore, where the youngest of the brood finds a noisy toy that he’d really like to keep. You know this bodes ill for the family, which has resorted to using sign language to communicate, has sound-proofed their dwelling and has an extensive camera and light set-up to try to protect themselves from the blind, armored creatures in an attempt to try to stay alive. There is also a tower that the father (Krasinski) lights a fire atop at night. We see two other fires in the distance, so we know there are at least a few other survivors. The set design and special effects are extraordinary, reminding of the “Alien” days, (when we finally see this threat—which isn’t for a long time). Marco Beltrami’s score is great and–most importantly—the acting from all is terrific. 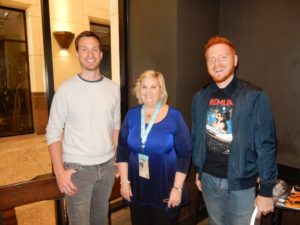 The log line for the film is: “A family lives an isolated existence in utter silence, for fear of an unknown threat that follows and attacks at any sound.” That is an original premise that has not been done before. It leads to one of the most spare scripts in Hollywood history. Not only do the actors seldom speak (they sign or whisper or mouth the words), we don’t get to “see” the monster(s) until quite late in the film. And they are “Alien-” quality when we do.

There is not one “down” or boring scene, always the goal for a screenwriter, but difficult to achieve. No unnecessary exposition or wordy speeches. Just good old-fashioned Hitchcockian suspense from a screenwriting team that mentions “Vertigo” as one of their favorite movies and have been making films since they were six years old. 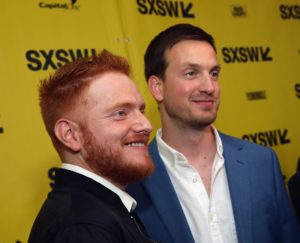 I met up with them at a Starbucks the day after the film and wrote a piece giving the local ties to the Quad Cities of Iowa, which appears above this one. To achieve that, I  had to embarrass myself and climb over about 8 other movie-goers in my row to go to the microphone during the Q&A.  Where, exactly, were these two talented young men? Fortunately, my willingness to go that extra mile led to a brief but informative meeting the very next day.

The film’s extraordinary quality is leading to this recommendation: if you like suspenseful, well-acted, well-directed films, beautifully-shot films where you care about the characters and root for them to escape, even against overwhelming odds, you’re going to love this movie. 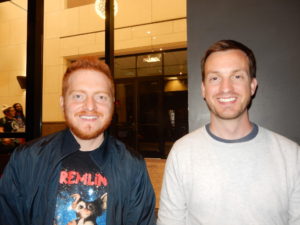 Most of those present on Opening Night did, and the remark I heard made most often in the lobby following it was, “This was so much better than last year’s Opening Movie.”

Last year’s opening film was Terrence Malick’s “Song by Song” with Ryan Gosling, Michael Fassbender, Natalie Portman and some other “A”-list talent. Perhaps Malick should have hired Beck & Woods to script the thing, as that renowned filmmaker’s work, which was often wonderful, was not well-received because of its meandering storyline. 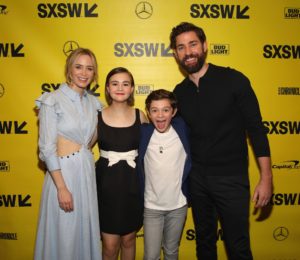 The film opens wide in the U.S. on April 6th and, yes, it IS that good. Take it from someone who’s been reviewing film for 47 straight years.