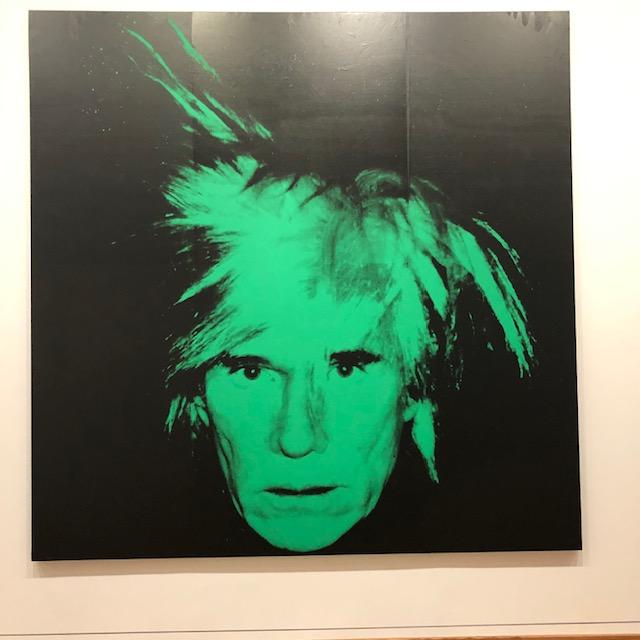 Andy Warhol Exhibit at the Art Institute of Chicago 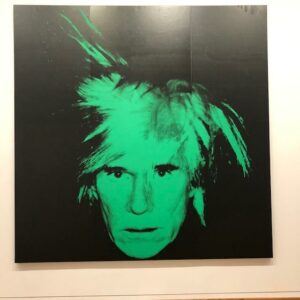 Andy Warhol exhibit at the Art Institute in Chicago.

We took in the Andy Warhol exhibit in Chicago this past week. We selected a weekday, because the exhibit has been well-received and we thought it would be very crowded on the weekend. 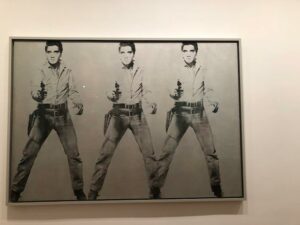 As an advertisement illustrator in the 1950s, Warhol used assistants to increase his productivity. Collaboration would remain a defining (and controversial) aspect of his working methods throughout his career; this was particularly true in the 1960s. One of the most important collaborators during this period was Gerard Malanga. Malanga assisted the artist with the production of silkscreens, films, sculpture, and other works at “The Factory“, Warhol’s aluminum foil-and-silver-paint-lined studio on 47th Street (later moved to Broadway).

Early illustrations of shoes (the subjects of one of his very first exhibits) showed that Warhol had a thing for gold. Many of the pieces in the display reflect this, including the large painting below. 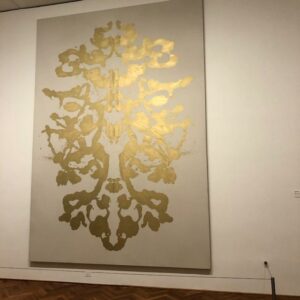 Warhol began as a magazine illustrator in the fifties and continued into the sixties, establishing a studio in New York City called The Factory.  Within the exhibit are some pieces of film taken within the Factory, whose walls were said to be lined with silver foil. 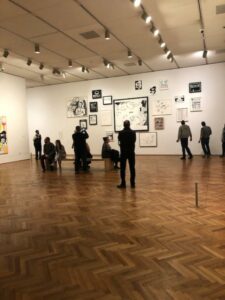 Warhol was an admitted homosexual, at a time when being gay in America was not accepted. Although his image was that of a libidinous lifestyle, he told an interviewer as late as 1980, when he was 52, that he was still a virgin (born in 1928).

Victor … was Andy’s ghost pisser on the Oxidations. He would come to the Factory to urinate on canvases that had already been primed with copper-based paint by Andy or Ronnie Cutrone, a second ghost pisser much appreciated by Andy, who said that the vitamin B that Ronnie took made a prettier color when the acid in the urine turned the copper green. Did Andy ever use his own urine? My diary shows that when he first began the series, in December 1977, he did, and there were many others: boys who’d come to lunch and drink too much wine, and find it funny or even flattering to be asked to help Andy ‘paint’. Andy always had a little extra bounce in his walk as he led them to his studio.[73]

On June 3, 1968, radical feminist writer Valerie Solanas shot Warhol and Mario Amaya, art critic and curator, at Warhol’s studio.[42] Before the shooting, Solanas had been a marginal figure in the Factory scene. She authored in 1967 the S.C.U.M. Manifesto,[43] a separatist feminist tract that advocated the elimination of men; and appeared in the 1968 Warhol film I, a Man. Earlier on the day of the attack, Solanas had been turned away from the Factory after asking for the return of a script she had given to Warhol. The script had apparently been misplaced. Some of the skull paintings that are shown in the exhibit are said to reflect Warhol’s subsequent musing on life, death and mortality. 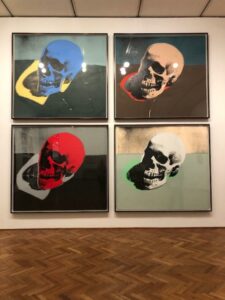 One interesting painting in the display looked exactly like Melania Trump and, of course, there were the famous Marilyn Monroe, Elvis, and Marlon Brando pictures. 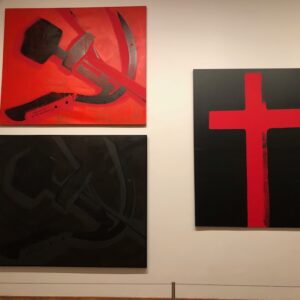 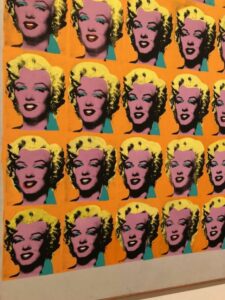 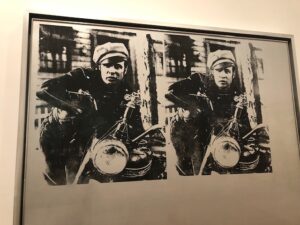 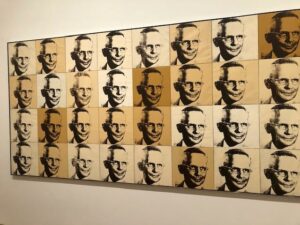 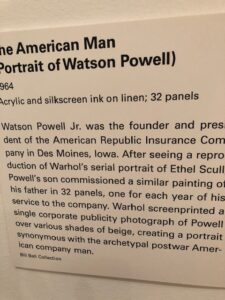 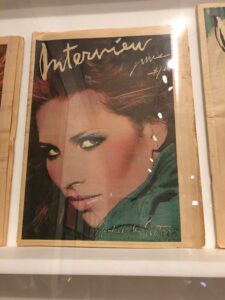