Tag: John Krasinski and Emily Blunt in A Quiet Place 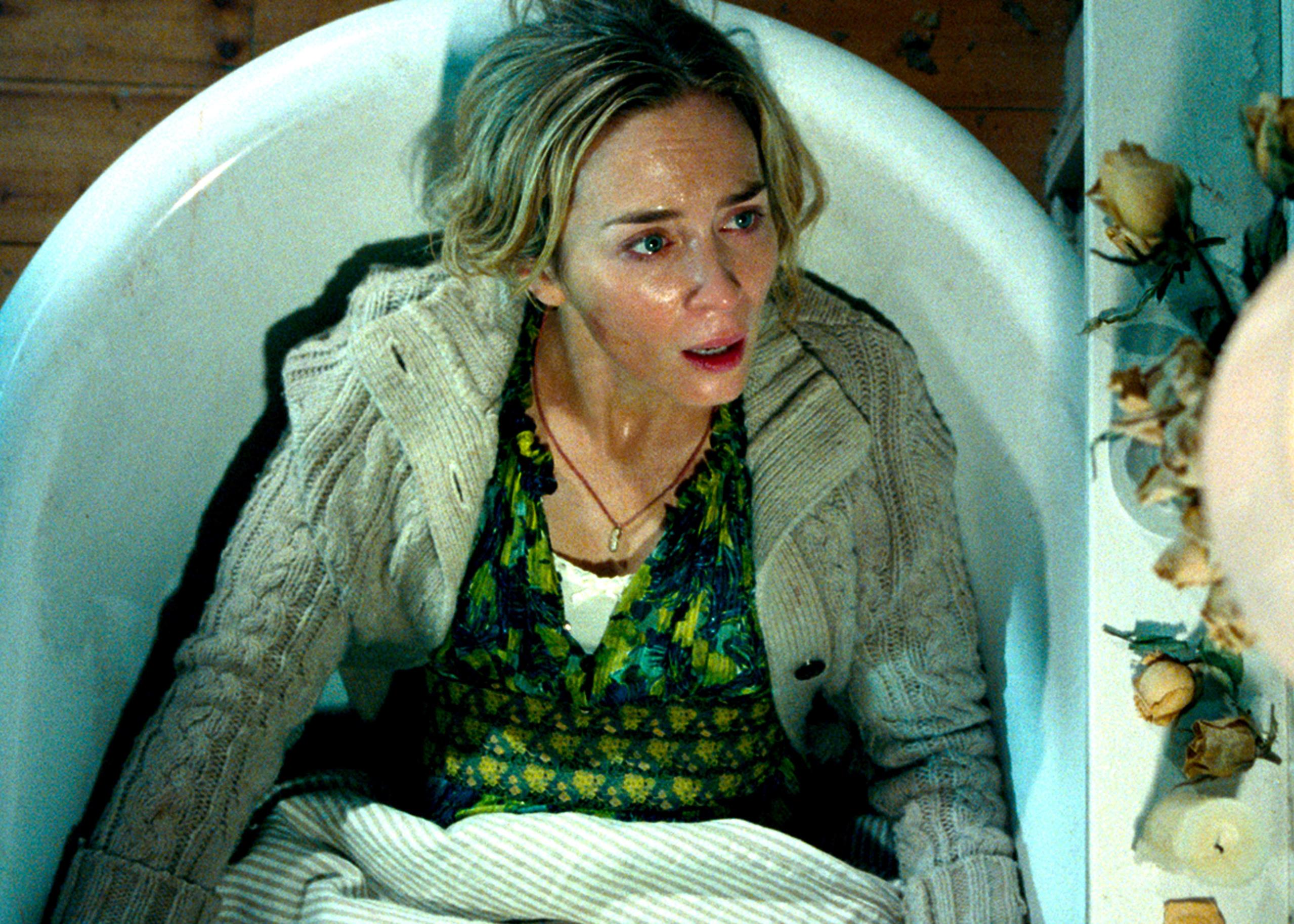 Emily Blunt in “A Quiet Place,” the Opening Night Film at the 25th SXSW Film Festival, which is now SXSW Festival and Conference(s).

How in the world did two young men from Bettendorf, Iowa, wind up scripting the Opening Night film of one of the most prestigious film festivals and conferences in the country, SXSW, with a blockbuster film (“A Quiet Place”) from Paramount Studios? I asked the pair exactly that question in an interview conducted at a local Starbucks the morning after their film triumphed at the SXSW Opening Night Premiere on Friday, March 9th, 2018.

The two filmmakers, thirty-four year old Scott Beck (the redhead) and his childhood friend Bryan Woods have been making movies “since we were six years old.”

They told me this in Austin, Texas, the day after their film, “A Quiet Place,” (starring and directed by John Krasinski of “The Office” and his actress wife Emily Blunt) wowed audiences at its Paramount Opening Night.  Both have been interested in film since they were very young, but it was junior high school at Bettendorf Middle School that paired the dynamic duo.

Before meeting at Bettendorf Middle School, Bryan attended Armstrong Elementary, while Scott went to Mark Twain Elementary. Each gave credit to teachers they had at Bettendorf Middle School (“We were just kind of allowed to do it”), naming Ethel Hagemann of the Tech area of their middle school and Roger Wilming, who, said Scott, “really connected and bonded with his students.”

After high school, they attended and graduated from the University of Iowa.  Scott described taking a lot of writing courses as an undergrad. He said the criticism he received in those classes was helpful, noting, “Every now and then you can distill it.  Critical feedback is helpful.” Scott also noted that, speaking diplomatically, in the world of Hollywood “You have to learn to back your opinion up with evidence. Within the politics of the industry you have to make sure that whatever your vision is, you can work with the producers and director.” During his college career, Scott continued his interest in film He placed in the 2004 Project Greenlight Top 50 director’s competition, sponsored by Miramax and Bravo and was a finalist in the MTV Best Film on Campus competition in November of 2004. He won MTV’s Best Film on Campus competition in December of 2005 (his junior year), resulting in a development deal with MTV Films. In the intervening 13 years, Scott wrote “Nightlight” (2015).

Bryan Woods was born on September 14, 1984 in Davenport, Iowa, USA. He is a writer and producer, known for The Bride Wore Blood (2006), Yearbook (2002) and Her Summer (2004).He placed in the 2004 Project Greenlight Top 50 director’s competition sponsored by Miramax and Bravo, was a finalist in the MTV Best Film on Campus competition in November of 2004 and also won MTV’s Best Film on Campus competition in December of 2005, which resulted in the development deal for “Beck and Woods” (as Krasinski referred to  them from the stage).

What kind of movies did they admire, as they were growing up?

Favorites were Alfred Hitchcock, especially “Vertigo” for Bryan. He said, “I love how mysterious and gorgeous “Vertigo” is. It’s about obsession and that’s something Hitchcock knew a lot about.” Scott singled out Hitchcock, Steven Spielberg and more recent directors like Paul Thomas Anderson and added, “I like stories that conceptualize,” mentioning films that focus on artificial intelligence.

It was tough finding the two to interview them in person.  Although they were on the Red Carpet, [as shown in the photos with the SXSW backdrop], it wasn’t listed that they would be present, and I could not initially find the correct representative for them, even after calling the SXSW press office. The failure to honor those who  created nearly the entire concept (Krasinski also contributed and gets a writing credit) is not atypical in Hollywood. Max Allan Collins described his difficulty in getting enough tickets for him and his family to attend the Oscars when he had written “Road to Perdition,” which was up that year. As Rodney Dangerfield might put it, “Writers don’t get no respect.”

After the showing of “A Quiet Place” film, I went to the microphone and announced to the assembled audience, “I’m from Bettendorf, Iowa, (the crowd whooped loudly and shouted “Yay, Bettendorf”) and I’ve come a long way to interview Beck and Woods, but I can’t find them. Will you meet me in the lobby after this is over?” To be brutally honest, my former business (Sylvan Learning Center #3301) was located in Bettendorf, while I reside in East Moline. But Scott’s bio says he was born in Denver and Bryan’s says he was born in Davenport, so it was a  bit misleading, but it got a big shout-out to Bettendorf from the crowd. I found the two and their P.R. representative and I conducted a whirlwind interview Saturday morning, as they were scheduled elsewhere almost immediately.

Their film was extremely well done. It is an original concept, which I will write about in a separate review when the film’s release date nears. The spare film dialogue was top-notch.  It is definitely one of the films with the least dialogue ever, because of the nature of its plot.

As I left the theater I heard more than one filmgoer say, “This was so much better than last year’s film.” Last year’s film was Terrance Malick’s “Song by Song” with Ryan Gosling, Michael Fassbender, Natalie Portman and a host of “A” list celebrities. Word from the front was not good. I ended up attending Sam Elliot’s “The Hero” instead, but not until I waited 2 hours in the rain, sat on a cactus while lounging on a planter near the entrance (by accident, of course), and hired a rickshaw driver to transport me from the Paramount Theater to the Zach Theater.

The word about THIS film: there is not a single “dull” moment onscreen. I’m predicting it will take off like a rocket, helping “Beck and Woods” receive even more (deserved) recognition.

The two are currently in post production on “Haunt,” a script which they both wrote and will direct.

When I asked how their parents were handling the news that their sons may well become the next Steven Spielberg after “A Quiet Place”  (Spielberg is premiering a film here tomorrow, “Ready Player One,”  that was literally announced at the last minute),  both said, “They’ve been so supportive all along.  They’ll be at our New York City Premiere on April 2nd.”

Well-deserved congratulations to two former Quad City natives making it in the big leagues. I hope we meet again.