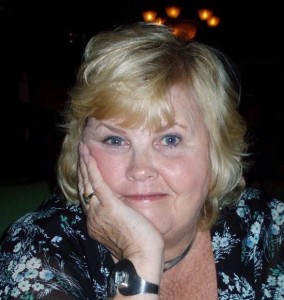 President Donald J. Trump made a “live” announcement (covered by CNN) at 2:50 p.m. CDT to the effect that the United States has defeated ISIS:

“Tens of thousands of ISIS fighters are gone. We have freed the people from more than 5 million bloodthirsty killers.

Thanks to the global coalition and to our other partners, the ISIS Caliphate has been decimated. Nobody thought it was possible to do it this quickly. 3 weeks ago I was in Iraq and talked to some of our great generals and I gave the generals the absolute go-ahead. I spoke to one general and he told me it would take one week. They will be informing us officially very soon that it is 100%. Isis can no longer claim superiority over our troops.

We can’t do better than we have done militarily.

We will have people who will be around and hopefully they won’t be around very long. They can no longer extract natural resources because they no longer control the land or the area.

(At this point I noticed that DJT was  dribbling down his chain. Why?)

Trump went on to salute American soldiers and generals and then warned about the remnants that might remain. (“A remnant can be very dangerous.”)

Ben Wedeman, CNN Senior International Correspondent and Max Boot, the author of “The Corrosion of Conservatism: Why I Left the Right” commenting on CNN: “There are between 20 to 30,000 ISIS fighters still in Syria. They have mixed in with the local population and escaped from Raquaa. We have seen more than 100 assassinations of people involved in the anti-ISIS movement in the last few months. From 2000 to 2013 ISIS ruled over a territory as a quasi state. They can just as easily go back to wreaking havoc as a terrorist group without that state. So, speaking with commanders in eastern Syria on the ground, they warn time and time again that the battle against ISIS is not over when their land is gone. That battle would be prolonged in the absence of U.S. air power and coalition support. People are bracing for the possibility of a wave of terror once ISIS loses its final ground.”

“Power vacuum” – reduction in the caliphate is a positive step in the right direction, BUT…The problem is ideology. You can physically kill off soldiers, but if you have the mentality in the hearts and minds of the populace, it is the age-old question.  The problem of the administration is that they are being narrow-minded in focusing on the regaining of the territory that ISIS had controlled. Significant, because a lot of ISIS revenue came from that territory, but to just say, “That’s it. Now we can leave” negates every single objective we have had in that area.”

“Great nations do not fight endless wars” (from Trump in SOTU.)

“When Trump said this on Tuesday night, the Joint Chiefs of Staff were sitting there stone-faced. He was saying this in the face of his generals’ counsel. General Votel said what Mattis said about suddenly withdrawing from Syria: “It’s a very bad idea. It’s going to allow ISIS to get back off the map and re-generate its capacity. Last night, President Trump was trashing Iran during the SOTU. We are essentially giving up 1/3 of Syria to Bashar Assad and allowing Iran to expand its power in Syria if we withdraw. A bi-partisan majority in the Senate passed a vote disapproving of a rapid pull-out in Syria, in disagreement with the president’s plans and announcements.”

The Pope has admitted that some sitting Bishops abused nuns.